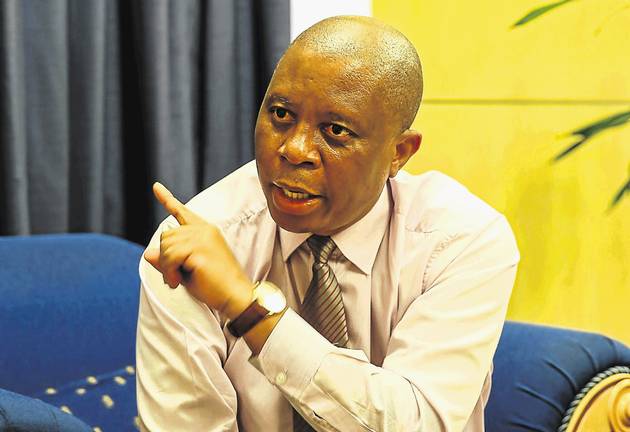 Former Joburg mayor Herman Mashaba’s political party ActionSA has given up in challenging the IEC over its issues with the party’s logo.

ActionSA filed a fresh application with the IEC last week which was accompanied by a new logo which the party hopes will meet the commission’s rules, paving the way for the party’s registration.

The IEC ruled against ActionSA in September rejecting the party’s registration over concerns that the party’s logo which features the South African flag appeared too similar to that of another party – Party Of Action (POA).

The IEC cited a violation of section 16 (1)(b) of the Electoral Commission Act which states that the electoral office may reject a party’s registration if its distinguishing mark or symbol resembles that of another party which may deceive or confuse voters.

Mashaba then launched an appeal of the decision with the commission and that appeal was ultimately dismissed.

ActionSA had remained resolute that the party’s logo did not resemble that of a rival party and it was considering legal action.

However, it now appears the party has backed down on its decision to consider and challenge the decision in court.

The party’s spokesperson Lerato M-Ngobeni said the party had decided to redesign its logo following a poll it ran with its supporters.

She said a fresh application had been filed with the IEC and a response was expected by January. M-Ngobeni said the party was hopeful of success this time as work on a new logo had been done with graphic experts.

She insisted nothing was wrong with the previous logo and the issue of similarities was because of the more than 600 political parties that were registered.

ActionSA has plans to contest for seats in key metros in next year’s local government elections.

0
The South African Broadcasting Corporation’s (SABC) TV licence website has been hacked. The public broadcaster on Thursday said it was...
Read more
News

0
Mpumalanga residents say they will shut down the Moloto Road. They are tired of delays in the building of the Moloto rail...
Read more
News

0
Former SAA board member and SAA Technical (SAAT) chair Yakhe Kwinana was justifying how she went on a luxurious trip to AAR...
Read more