Kaizer Chiefsâ€™ Telkom Knockout semifinal against Maritzburg United at Mbombela Stadium on Sunday could be headed for a selloutâ€š with 22â€š000 of the 38â€š000 tickets available to the public sold by Thursday morning.

This leaves 16â€š000 tickets available for the TKO semiâ€š where Chiefs will aim to reach a cup final and challenge for a trophy having gone an unprecedented four seasons without silverware.

Remarkablyâ€š this could be the fourth weekend of domestic action in succession where a match involving Chiefs has been sold out.

The previous three were Chiefs against Mamelodi Sundowns at Loftus Versfeldâ€š then the successive Soweto derbies where Chiefs beat Pirates on penalties in the TKO quartersâ€š and then 3-2 in the Absa Premiership the following weekend.

Amakhosi reached the semifinals beating Cape Town City away on penalties in the last-16â€š then Pirates in the quarters.

Both semis kick off at 3pm. 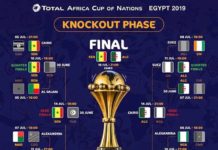 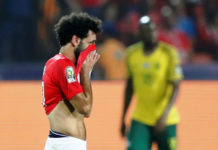 0
Kaizer Chiefsâ€™ Telkom Knockout semifinal against Maritzburg United at Mbombela Stadium on Sunday could be headed for a selloutâ€š with 22â€š000 of...
Read more
Events

0
The Mpumalanga Bubbly &Lifestyle Experience will take place on the 30thof November and the 1st of December 2019...
Read more
Community

0
Premier Refilwe Mtsweni in the sate of the province address (SOPA) expressed the...
Read more