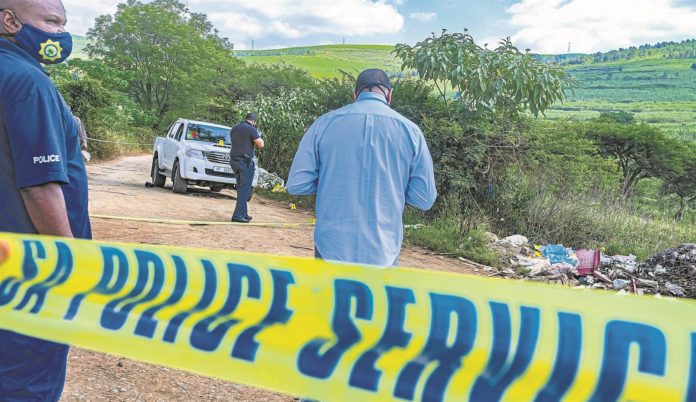 Two Mpumalanga teenagers have been arrested for two separate murders.

Both incidents took place on Friday.

In the first incident, a 15-year-old girl was arrested in Bushbuckridge for the murder of a 65-year-old man, said police spokesperson Colonel Donald Mdhluli.

“It is alleged that a 65-year-old man was at home with his wife [and] their two children. A scuffle is said to have ensued between the parents, and the wife reportedly left the house thereafter. The man was then stabbed, allegedly by one of their daughters. The man was then taken to hospital but was unfortunately certified dead upon arrival,” Mdhluli said

Police in Bushbuckridge opened a murder case and arrested the teenager.

In a second incident on the same day, a 15-year-old was arrested in Ngodwana on a murder charge.

Police and paramedics were called to Elandshoek after the body of a 49-year-old man with multiple injuries was found in a street.

“He was certified dead by the medical personnel. Police at Ngodwana opened a murder case and immediately began with their investigation,” said Mdhluli.

The victim’s nephew was arrested. The murder was believed to be linked to domestic violence.

Both teenagers are expected to appear in court on Monday.

0
Mpumalanga community safety, security and liaison, MEC Gabi Shabalala say all is in order for the registration and licensing of vehicles on...
Read more
News

Julius Malema’s days of getting ready

0
It appears that a series of dynamics around the leader of the Economic Freedom Fighters, Julius Malema, is slowly coming to the...
Read more
Community

0
“The media briefing by the Minister of Basic Education, Angie Motshekga scheduled for today, 31 May at 18h00 has been rescheduled due to the...
Read more