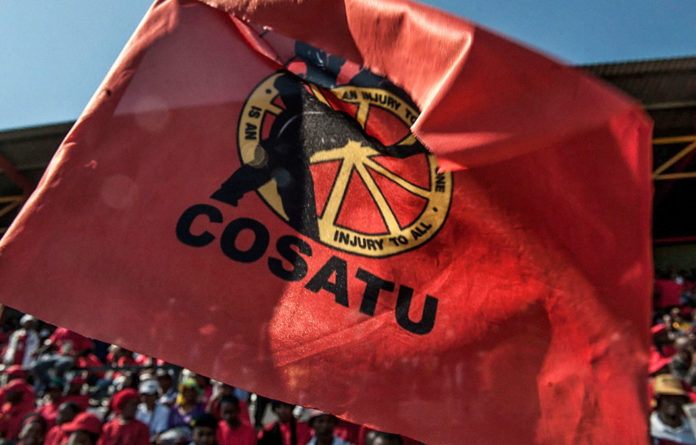 As the women’s month comes to an end, Cosatu says there is “very little for women to celebrate” this year as the ban on the sale of alcohol during Covid-19 lockdown negatively affected the tavern industry which constitutes 60% of women owners.

Matthew Parks, a Cosatu spokesperson, said the Covid-19 lockdown which resulted in the banning of the sale of alcohol had a negative impact on women who are the majority of tavern owners.

“There is very little for women to celebrate. We have 40% and rising levels of unemployment. We are notorious for shameful levels of gender-based violence.

“Poverty is rising. Many of our post-1994 gains have been eroded. Public confidence is at an all-time low,” said Parks.

“It is an indictment that 26 years post-1994, taverns are one of the few venues for economic activity in townships and worse in rural areas.

“It is a matter of shame that African women, in particular, have so few economic opportunities a quarter of a century after liberation. The patience of workers and the public is not infinite.

“Government must show leadership. We have to deal with unemployment and rebuild the economy. Otherwise, we will reach a tipping point where society will one day explode,” he said.

Zizwe Vundla, Diageo’s marketing director, said women who are most affected by poverty, constitute 60% of all tavern owners, many whom are the sole breadwinners.

“This is even more concerning given that economic emancipation is the biggest weapon against Gender-Based Violence and Femicide.

“We know that women who have the financial means to escape controlling environments through financial freedom have greater security.

“That said, we can take comfort from the government’s decision to take a more measured approach going forward, and we as an industry have a number of programs to help support small business operators and get them back on their feet again.

“Given the high number of female-led households in South Africa, it is imperative that we move quickly and decisively in our recovery program,” said Vundla.

0
EFF leader Julius Malema has lashed out at some voters who either did not go out to vote or chose to back...
Read more
News

FITA hasn’t given up tobacco battle: Appeal lodged against dismissal

0
The Fair-Trade Independent Tobacco Association has lodged an application for leave to appeal the ruling on its lockdown challenge.
Read more
News

0
The operational times for the sale of liquor under lockdown level 3 has been outlined by government. As of...
Read more