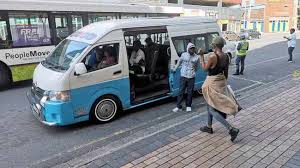 The associations made the announcement on Monday that fares would decrease from R9 to R7.

The announcement was well received by commuters.

Sizwe King said: “Siyabonga, this is very good especially since a lot of people have had pay cuts and been retrenched from work.”

Mbali Swati Elihle Mathenjwa asked the associations to put up notices indicating the fare decrease the same way they announced increases because some drivers would rob commuters by charging them R9.

Sbongokuhle Slomo said this was the first time he heard about taxi fares being decreased.

Others who also commented on the post said the People Mover bus was the best, at R5.50.

South Beach and North Beach Taxi Association chairperson Yusuf Khalifa said: “Every July Santaco increased fares, so the associations increased their fares from R7 to R9 with the hope that the eThekwini Municipality buses would also increase their fares, which were R5.50, but they did not.

“As a result we lost our commuters. We dropped by about 70%, they were all taking buses. Here we’re talking about municipality buses which are subsidised. It was an unfair competition. As a result, we decided to decrease it to R7 in the hope of bringing our passengers back.”

New lockdown rules for the reopening of cinemas and sport

0
Durban celebrity businesswoman Shauwn Mkhize’s long battle with the taxman has ended with the liquidation of her company, Zikhulise Cleaning Maintenance and...
Read more
News

0
Emergency budget as unemployment soars Ramaphosa added that the economic collapse extended to government’s already-embattled coffers and, as a...
Read more