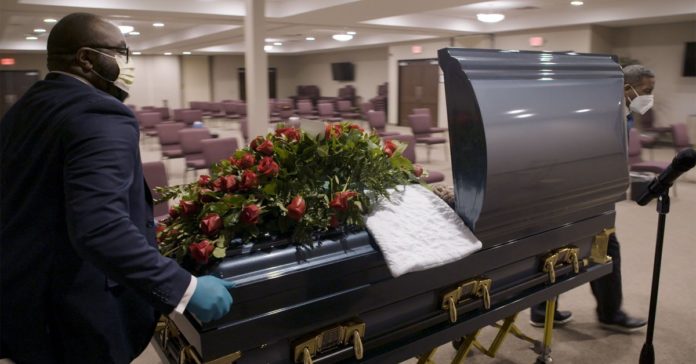 He also owns Konyana Funeral Directors based in Sebokeng in Gauteng.

A basic funeral now costs about R10,000 depending on the municipal area where the burial takes place, Konyana says. This is an increase of as much as 25% from pre-lockdown prices that started at R8,000.

Pieter van der Westhuizen, Avbob general manager for funeral services, tells Business Insider that the cost of a regular Avbob funeral was now R12,300, excluding grave or cremation fees. Since the lockdown started, its prices have increased in line with inflation, he added.

Avbob, which has 350 local branches, is an insurance company with 2.1 million policyholders and annual premium income of R4.2 billion. It also owns a funeral services company and a factory in Bloemfontein, which makes products including caskets and coffins.

Avbob was started as a burial society in 1918 in response to the Spanish Flu pandemic, which hit South Africa particularly hard. Some 300,000 South Africans died within six weeks and many families couldn’t afford to bury their dead. Avbob was formed to help them save for the cost.

Antoinette Opperman, based in Amanzimtoti in KwaZulu-Natal and owner of South Coast Funerals, which is part of the Mosaic Funeral Group, tells Business Insider that the cost of a standard Mosaic funeral or cremation had increased by between 10% and 15% because of extra PPE and sanitising expenses.

Opperman says that the price of PPE had more than tripled once the lockdown started, and a shortage of quality PPE was a concern too.

Van der Westhuizen says that Avbob had spent R5 million on expanding its mortuary facilities. The company bought 12 containers, which it has set up as mortuaries, and stationed them throughout South Africa.

Another area that required expenditure was the modification of funeral vehicles because of Covid-19, Konyana says.

For instance, panel vans used by funeral parlours had to insert a glass shield to create partitions in these vehicles as a precaution related to Covid-19.

How funerals have changed

While there had always been regulations to deal with infectious diseases, Opperman says that the significant difference during the Covid-19 pandemic was that undertakers were handling many more bodies of people that died because of an infectious disease, while in the past such cases were few.

“The bodies don’t get to go home at night, a practice that mourners observed during traditional funerals, especially if the cause of death was because of Covid-19,” he adds.

Van der Westhuizen says that Avbob used to place the body of the deceased person on a stretcher and cover the body with a plastic sheet. Because of Covid-19, Avbob now covered dead bodies with three body bags, he adds.

Families were battling to cope with the new regulations that govern funerals, Konyana says. “This puts us in an awkward position because most of the time, we need to go through the regulations with the clients, and they usually disagree with certain of them,” he adds.

“Funerals are impersonal during the lockdown as mourners may not hug. We broadcast the funerals over the internet to reach as many people as possible, as regulations only allow 50 mourners,” Van der Westhuizen adds.

Van der Westhuizen says that while people had slashed their funeral spending on catering and tents, this money now went to other services, including more expensive caskets and coffins.

She says that Mosaic held smaller traditional burials with no catering. However, mourners still observed cultural rituals such as the slaughter of a cow or goat, she adds.

Opperman says that in the past families preferred to make funeral arrangements face to face. But now Mosaic offered a digital means of communication to assist families in avoiding the risks of Covid-19, she adds.

Crunch time for the funeral industry

Van der Westhuizen says that there was a significant increase in deaths in June and July nationwide this year, and that the Eastern Cape, in particular, had seen many more funerals, especially in Port Elizabeth, East London, and Mthatha. In July alone Avbob, which buried some 25% of the country’s coronavirus dead, saw a 60% increase in burials.

According to official numbers, more than 10,500 people have died from the disease in South Africa.

Avbob’s factory was manufacturing many more coffins and caskets than before.

“We are delivering on a more regular basis, especially to the Eastern Cape,” Van der Westhuizen says.

Konyana says that the many companies were hiring many more people during the Covid-19 pandemic to meet the growing demand for burial services.

“We are busy right now. We used to call on temporary staff only on a Saturday before Covid-19, but now we call on them up to four times a week because of the increase in the number of funerals,” Konyana says.

The need to take on extra staff was also because funeral parlours hold more funerals during the week to avoid congestion at cemeteries, he adds. “We are only adding temporary positions and not permanent jobs because we don’t know what will happen after this,” Konyana says. 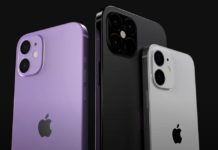 New iPhone 12 release date, price, leaks, news and everything you need to know 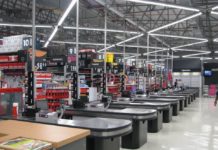 80% OF HOUSE ROBBERIES RESULT FROM INFORMANTS

New lockdown rules for the reopening of cinemas and sport