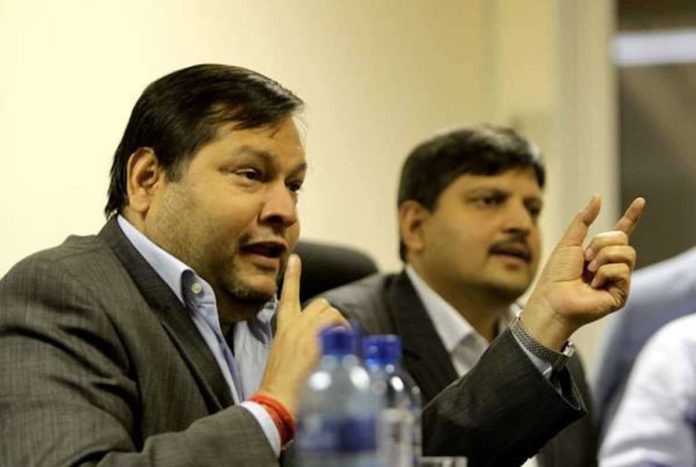 It’s a Blue Monday for the Gupta brothers: A string of recent financial and legal decisions has spelled bad news for the Indian billionaires, whose acts of state capture are slowly coming back to haunt them. Nine-figure lawsuits and damning developments now threaten to leave the Guptas on very thin ice.

Who’s going after them?

Both SARS and multi-national companies are seeking justice against the Guptas, who used their power and influence to essentially dictate how Jacob Zuma would run the country during his nine years in charge.

The rot runs deep, but over the past few years, the Gupta family have had their dodgy dealings exposed en masse. Their hold over South Africa has waned, and the trio have all hot-footed it to Dubai since 2017. However, today could be one of the most devastating days Ajay, Atul and Rajesh have ever had to face:

It has been revealed that a court in New York has granted the Industrial Development Corporation (IDC) permission to subpoena the Guptas, their 17 accounts, and the banks they have been dealing with over the years.

The IDC aims to win a R287m civil case against the billionaires, but with the unprecedented access they’ll get to their financial transactions, this could merely serve as the tip of the iceberg.

You’ve heard of the Estina Dairy Farm scam, and you’re probably familiar with other ‘shell companies’ the Guptas used to shift their illicit funds around. But now, SARS has uncovered more dirt from another one of their fronts for dodgy dealing – a business called Linkway.

The outfit, which was used to facilitate payments for the infamous Sun City wedding in 2013, had an underdeclared taxable income bill of R197.5 million – and had reclaimed R24.5-million in VAT it was not eligible for. SARS will now go after at least R105 million of that outstanding bill, as the money laundering operation has come back into public focus.

The accounting organisation has been told to pay back around R750 billion in reparations to SARS and several high profile employees after they gave the green-light to the infamous ‘rogue unit report’. The investigation was damning for the tax firm, and despite causing severe reputational damage, those implicated had denied running a ‘shadow organisation’ of SARS.

KPMG had essentially helped the Guptas in their pursuit of state capture – and this is quite the admission of guilt. This decision now removes one of the defence pillars the brothers relied upon heavily to protest their innocence

0
More than 13,000 new COVID-19 cases have been reported in South Africa. That brings the total number of infections...
Read more
News

0
By Sipho Maseko A truck driver from Mozambique arrested at the Lebombo border with drugs estimated to be more than R10 million on Monday morning...
Read more
News

0
South Africa has reached a new sombre milestone during its second wave of COVID-19 infections, breaching 8 000 cases of the respiratory illness...
Read more