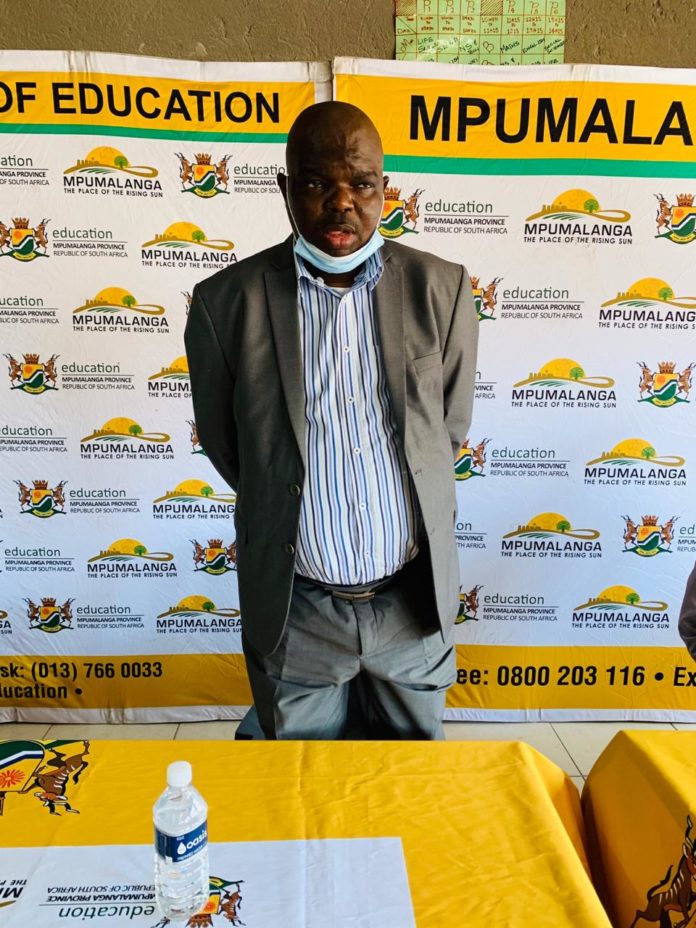 MEC Majuba paid homage to the Mgwenya family and Mthayiza Primary School following the killing of Mr Mgwenya (57) who was shot 20 times while securing the construction of toilets and Mthayiza Primary school.  The incident was discovered on Friday morning.  MEC Majuba conveyed his condolences to the family and equally condemns the spate of break-ins taking place in schools.  So far 153 schools have been broken into and vandalised since the lockdown.-

A school security guard who was shot dead during a robbery on Friday was “a loving father” who took education seriously.

Amos Mgwenya’s son Bheki told Sowetan that his father’s sudden death at the hands of robbers has left the family shaken and unable to comprehend their loss.

Mgwenya, 57, a dedicated guard at Mthayiza Primary School at Gutshwa village near Hazyview, in Mpumalanga, was found tied and shot several times inside his car by general workers who went to work on Friday morning at the school premises.

“My father was a loving parent, he was not rich but I don’t remember missing out on a school trip when I grew up,” Bheki said.

“I’m asking myself how can people kill him in this barbaric manner and fire about 20 bullets into him and tie him inside a car while they know they killed him. I’m very shocked and the whole family can’t comprehend what happened to us. We just wish that the police make a swift move in arresting those behind my father’s death.”

After killing Mgwenya the unknown men broke into the school and stole laptops, PC computers, internet boosters, routers and more.

Mpumalanga MEC for education Bonakele Majuba expressed shock at the incident, labelling it the first out of the 148 school burglaries during lockdown where a person has been killed.

0
Clicks has announced that it is delisting the TRESemme brand after it published a racist advert calling black, natural hair damaged, dry...
Read more
Politics

0
Five suspects are expected to appear in the Randburg Magistrates Court on Monday morning for the murder of Prince Lethukuthula Zulu.
Read more