According to a statement, Kegakilwe was admitted to a Vryburg hospital on Sunday and immediately placed on oxygen before he was transferred to a Klerksdorp facility the next day, where he died.

“He was transported from Vryburg to Klerksdorp in an ambulance and upon arrival in Klerksdorp, he suffered cardiac arrest and, despite all the efforts by the medical personnel, he succumbed and lost his life,” read the statement from the office of the premier.

North West Premier Job Mokgoro has conveyed his condolences to Kegakilwe’s family on behalf of the people of the North West and the provincial government.

“[MEC Kegakilwe] had distinguished himself as one of the finest to have come from the ranks of the governing African National Congress and a tried and tested leader”.

In the latest COVID-19 status report, on Sunday 5 July 2020, the North West province recorded 6,063 cases and 36 deaths. Eight-hundred-and-sixty-five people in the province have recovered. 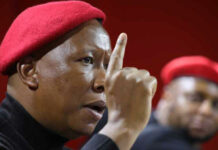 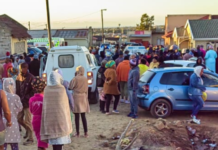 0
The Netflix-acquired French film Cuties has caused a furore online. “Cuties” follows an eleven-year-old Amy as she starts to rebel against...
Read more
News

0
A multi-sectoral Ministerial Advisory Committee on Social Behavioural Change is being pulled together to encourage ‘fundamental reform at grassroots levels for the...
Read more
News

South Africa moves to lockdown level 1 – here are the changes

0
President Cyril Ramaphosa has announced that a number of South Africa’s lockdown regulations will be relaxed as the country moves to a...
Read more