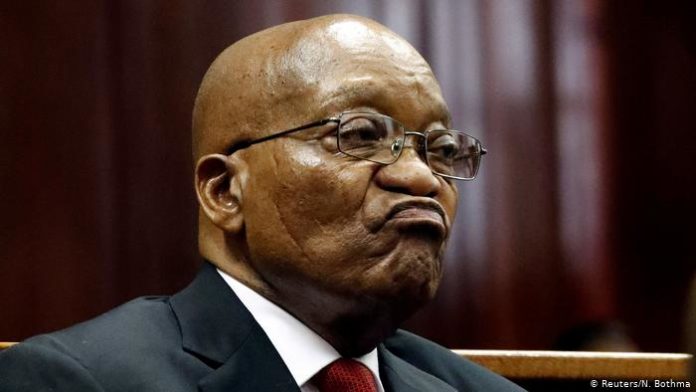 It’s been almost a year since the Commission of Inquiry into allegations of state capture in South Africa began to hear testimony. Also known as the Zondo Commission, it is headed by Deputy Chief Justice Raymond Zondo, who has listened to 130 days of live testimony from more than 80 people. It is probing allegations that the government was captured by private business interests for their own benefit.

During it all, echoes of former South African President Jacob Zuma’s alleged involvement have become deafening. Through various testimony, Zuma has been directly implicated by current and former senior government officials and ministers. They have alleged, among other things, that Zuma leaned on them to help the Guptas – Zuma’s friends who are accused of having captured the state – and to fast-track a nuclear deal with Russia that would have bankrupted South Africa. Also, the governance failures that have resulted in the looting of parastatals, have been blamed squarely on state capture.

Zuma’s turn to give evidence has arrived. Not only does he deny that state capture exists – he’s called it a fake political tool – he’s also cast himself as a hapless victim.

Refusing to engage the concept, he said:

There are people who did things to others in one form or the other‚ and you can call it in any other name‚ not this big name “state capture”.

The allegations against him are that he orchestrated a network of corruption that hijacked South Africa’s developmental project.

The importance of Zuma testifying before the commission should not be underestimated. It will set a precedent that will either show that those that abuse power will be held to account or that the cycle of impunity will continue, reinforcing the unjust systems that enable state capture.

Originally, the theoretical concept of state capture referred to a form of grand corruption. In the case of South Africa, it can be defined as the formation of a shadow state, directed by a power elite. This shadow state operates within – and parallel to – the constitutional state in formal and informal ways. Its objective is to re-purpose state governance, aligning it with the power elites’ narrow financial or political interests, for their benefit.

State capture rests on a strategy to align arms of state and public institutions and business to support rent-seeking.

In the events being scrutinised by the commission, the evidence being led shows that actors made sure that all the conditions were created and processes lined up to extract more money than the actual goods and services cost as a way to enrich themselves.

This reveals the systemic nature of state capture. To be successful, it requires the deep cooperation and complicity of the highest office in the land to secure rents, hollow out accountability and maintain legitimacy.

0
A DA MP is in hot water with Speaker Thandi Modise after a video of him shopping at a liquor outlet was...
Read more
News

South Africa moves to lockdown level 1 – here are the changes

0
President Cyril Ramaphosa has announced that a number of South Africa’s lockdown regulations will be relaxed as the country moves to a...
Read more
News

Security Beefed up in Pretoria CBD

0
Security has been beefed up in Pretoria following widespread rioting and looting on Wednesday.
Read more