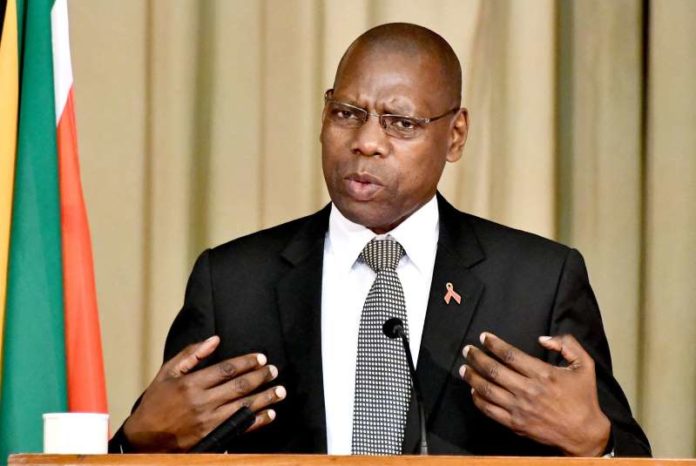 Health Minister Dr Zweli Mkhize says that South Africa has passed the first wave of positive Covid-19 cases, but warned that citizens should continue to remain cautious to prevent a resurgence.

Speaking in a series of interviews with the media on Monday morning (7 September), the minister said that the latest data shows a clear improvement for the country.

“We never actually knew what to expect, and the reality is that we can now safely say we are over the surge. There were days we used have 11,000 people who were positive and now today we see numbers around 2,000.

“We are not over the worst yet. We are worried about what may happen in terms of a resurgence in the country,” he said.

Mkhize said the sooner the country can reduce the level of restrictions, the better.

“It would have been logical that from level 3 to level 2, there would have been an increase in numbers; it didn’t happen. We don’t want to make conclusions, because we have seen what happened in other countries where there was a lull for a few weeks before a resurgence,” he said.

“The sooner we can get to level one the better. The sooner we have a normal economy the better. It is better for the country. We are hoping South Africans will understand that to get there, we have to make sure we are just as cautious in level two, so that there is no resurgence.”

Mkhize said that about 88% of people infected with Covid-19 in South Africa have recovered. He added that the country had ranked fifth globally in the number of global positive cases, but has subsequently dropped to number seven. He said that if things continue the way they are, the country will soon drop to eighth.

“We are at a point where our numbers are steadily coming down, hospitalisation numbers have reduced, and people in ICUs are reducing.

“We have passed the wave. It surged around June, and July was the highest. For about three weeks now, we have been on a steady decline. We are not seeing any new spikes or surges. We are really hoping we don’t get a second surge,” he said.

However, the minister cautioned that it is too early to celebrate.

“We must be very optimistic, but still very cautious. We are not seeing the end of the disease yet,” he said.

“We have seen other countries that celebrated a reduction of numbers, went to a point where they had zero patients testing positive, and then suddenly it flared up again…We must keep our precautions and all containment measures must stay in place.”

0
The number of confirmed Covid-19 cases in South Africa is increasing exponentially. The tally rose by 3 267 to 40 792, compared to...
Read more