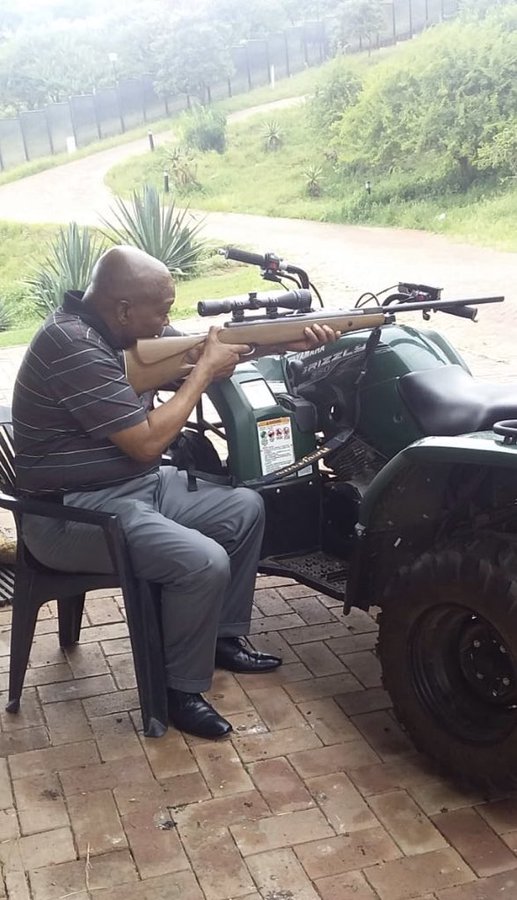 Following Jacob Zuma’s absence in the Pietermaritzburg High Court on Tuesday for his corruption trial due to apparent ill health, the former president has taken to Twitter to share a rather bizarre picture of himself.

Despite Judge Dhaya Pillay issuing a warrant of arrest for him, saying it would be affected if he failed to appear in court on 6 May, a seemingly unperturbed Zuma on Wednesday night tweeted a picture of himself sitting on a chair next to a quad bike on which he is balancing what appears to be a rifle complete with a scope.

The image was uncaptioned and looks to have been taken at his infamous Nkandla homestead in KwaZulu-Natal.

Several of his followers on Twitter were taken aback by the picture due to the former president’s ill health as claimed by his lawyer Daniel Mantsha in court on Tuesday.

Zuma’s sicknote was scrutinised by Judge Pillay who said she could not understand it because it had several alternations.

One tweep, independent political analyst Khaya Sithole, commented on the image by referencing Zuma’s popular song Awuleth’ Umshini Wam (bring my machine gun) that he usually performed in public as president as an act of defiance against his detractors 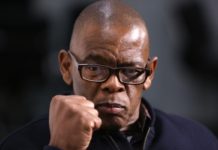 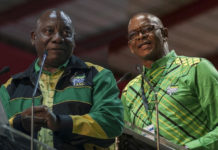 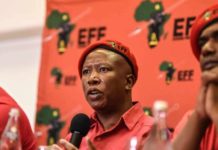 0
Eskom’s former legal head Suzanne Daniels faced a grilling at the Zondo Commission on Tuesday after she disclosed that she continued meeting...
Read more
News

0
Dear President Ramaphosa, I hope this letter finds you well, as you help...
Read more
News

0
Police Minister Bheki Cele on Thursday said if it was up to him, the ban on the sale of alcohol would still be in...
Read more