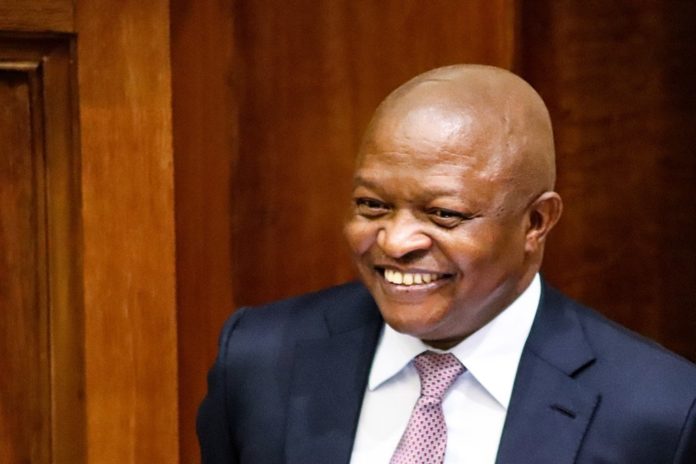 THE Cat of Mpumalanga, Deputy President David Mabuza, has had another court victory.

Following a period of great suspicion about his health after a disappearance from the spotlight, Mabuza has challenged a book written about him. The book, called Predator Politics, relates how Mabuza wanted to harm its author, Fred Daniel.

Interestingly, Daniel applied for a protection order against Mabuza and later withdrew it. In a letter seen by The Star, Daniel’s lawyers, DLBM Attorneys, wrote to the magistrate seeking to withdraw the application because he (Daniel) no longer lived in Badplaas and hence didn’t require protection from Mabuza. The catch to the withdrawal of the application was that both parties pay their own legal bills.

The Star has seen a copy of the judgment where magistrate Sarel Grabe said: “It is clear that the complainant, Mr Fred Daniel, has a modus operandi of abusing the due processes of the law in order to continue with his illegal activities.”

Dismissing Daniel’s application, Grabe said: “I am respectfully of the view that the complainant cannot be described as a reasonable litigant. It is furthermore clear to the court that the complainant has an ulterior motive in bringing this application. He is much more concerned with having the respondent present at the proceedings and in leading evidence to blow the whistle on alleged corrupt activities by Mabuza and the Mpumalanga government than his own well-being and that of his family.”

The preview of the book, however, ignores the court findings on Daniel, calling it a “retaliation faced by Daniel after attempts by corrupt politicians to grab his nature reserve”. A search on civil cases by Daniel revealed that he had at one point attempted to sue the state for R1.7 billion.

Also yesterday, Mabuza welcomed the seven-year imprisonment of a 32-year-old woman who had accused him of conspiring to commit murder. The Nelspruit Regional Court on Monday sentenced Nomfundo Petronella Sambo to serve a seven-year sentence for charges she had pleaded guilty to in August.

The Hawks said that the charges brought against Sambo included concealing her real identity and using the pseudonym of “Thandeka Mabuza” and masquerading as the deputy president’s niece, for which she was sentenced to five years’ imprisonment without an option of a fine.

“The Hawks investigation later found that the deputy president was not in the country at the time of the offence. It became clear that the statement may not have been truthful but a possible fabrication, including her relationship with the deputy president,” said Hawks spokesperson Hangwani Mulaudzi.

Asked who he believed was behind Sambo’s allegations and the new book, Mabuza said: “Lies have short legs. They must know the cat is back.”

0
Emergency budget as unemployment soars Ramaphosa added that the economic collapse extended to government’s already-embattled coffers and, as a...
Read more