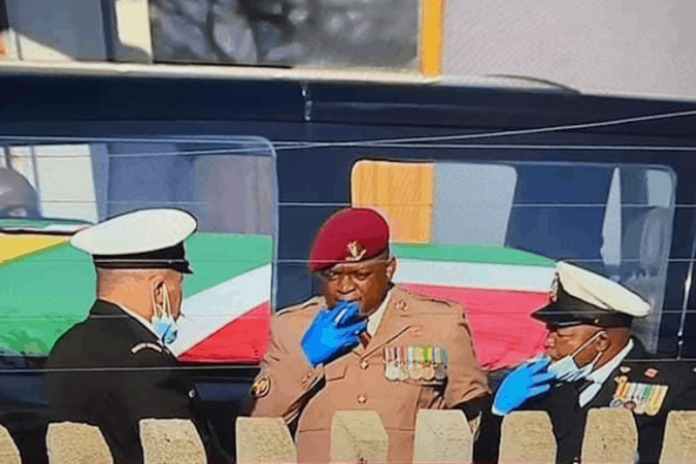 A handful of South African National Defence Force (SANDF) generals might regret lighting up a cigarette during fallen African National Congress (ANC) stalwart Andrew Mlangeni’s funeral on Wednesday 29 July after internal disciplinary action was taken against them relating to their conduct.

The high-ranking generals were caught on national television enjoying a smoke next to the hearse carrying Mlangeni’s body, and outrage followed as South Africans far and wide condemned the act of hypocrisy as smokers toil under the nationwide ban on the sale of cigarettes.

Now, strictly speaking, the generals didn’t do anything illegal. The cigarette ban, which was controversially imposed at the start of South Africa’s nationwide lockdown in March, pertains only to the sale of tobacco products. It does not restrict one’s right to smoke, although it’s doubtful that the men in question were so prudent as to have stockpiled the ciggies since they were legally allowed to be bought.

It stands to reason that they, like most of South Africa’s smokers, procured the products through illicit black market channels.

Police Minister Bheki Cele confirmed that the generals will undergo an internal probe during his crime statistics announcement on Friday 31 July.

“I spoke to the Defence Minister [Nosiviwe Mapisa-Nqakula] yesterday [Thursday 30 July], who said internal disciplinary action has been taken against soldiers smoking there,” Cele said

Cele said that smoking itself is not banned, but warned that his forces would like to know where the cigarettes you’re smoking came from, and suggested that his prior consideration to demand a receipt of purchase may come into effect.

0
The incident had 'no material effect' on the outcome of the vote. Two voters allegedly cast ballots during an...
Read more
News

0
Artists expected to march to the Union Buildings on Wednesday to urge the government to open up their industry.
Read more
News

0
Accommodation services such as hotels, B&Bs and guest lodges have been permitted to operate during alert level three but only for business services.
Read more