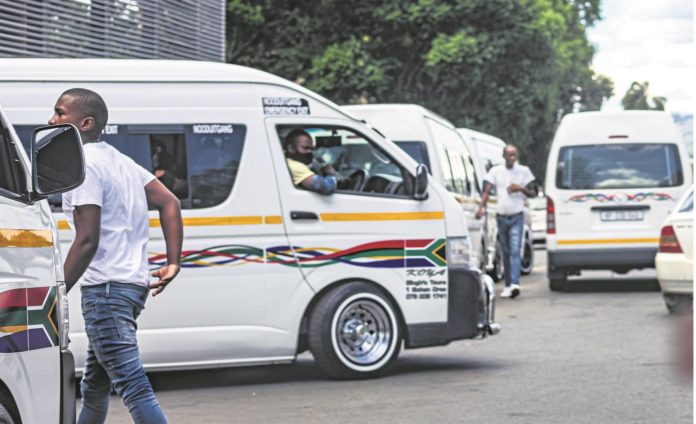 Mpumalanga police have launched a manhunt for the attackers behind the murder of four people in the taxi industry.

Two of the victims were killed in the Nkangala District on Monday.

The first shooting occurred at 17:30 when a group of armed attackers in a white VW Golf 7 shot at a 44-year-old man sitting in a minibus taxi at KwaMhlanga Crossroad. The man, a taxi driver identified as Jeremia Nkosinathi Chabangu, died.

The attackers fled the scene.

On Monday at around 20:40, a 65-year-old man was shot at Boekenhouthoek near Kwaggafontein when two armed men entered his home and opened fire, police spokesperson Brigadier Leonard Hlathi said.

The victim Piet Mahlangu was fatally wounded and his wife sustained injuries to her leg.

Two other men were killed earlier this month, Hlathi said.

“It is alleged that he was followed by a certain Toyota RunX and shots were fired from the said vehicle which resulted in him being fatally wounded,” Hlathi said.

In another shooting in Tweefontein on Monday 1 March, France Oupa Manamela, 39, was gunned down at a taxi rank. He was a queue marshal at the taxi rank.

0
Eskom will continue with load-shedding on Thursday. The power utility has announced that it will continue implementing Stage 2...
Read more
Community

0
Clicks has announced that it is delisting the TRESemme brand after it published a racist advert calling black, natural hair damaged, dry...
Read more
News

0
The number of weekly deaths in South Africa is exceeding historical forecasts again. This is according to the latest report from the South African...
Read more