The Hawks in Mpumalanga are requesting the public assistance in locating MhlabuyaxegaKhumalo to help them in solving the Murder case of Sam Holdings manager Nkosinathi Ngcobo.

Ngcobo a manager of Sam Holdings whose owner Sam Chabalala was arrested by the Hawks in connection with five charges contravention of the immigration act, was gunned down at the premises of Sam holdings trucking in Bethal while Chabalala was in police custody in September.

Phindokuhle Eugene Nkosi (26) was arrested on September 13, for the Murder of Ngcobo and has since been in police custody.

ŌĆ£The Directorate for Priority Crime Investigation in Mpumalanga is urging anyone who knows the whereabouts of MhlabuyaxegaKhumalo.

It is believed that Khumalo can assist the investigators with valuable information regarding circumstances under which the late Nkosinathi Ngcobo (30) was allegedly murdered on the night of the 12 September 2019ŌĆØ Said spokesperson of the Hawks in Mpumalanga, DineoSekgotodi.

Anyone who knows KhumaloŌĆÖs whereabouts is urged to contact the Investigating Officer Colonel Daniel Hall on: 071 481 3281.

ŌĆ£Information received will be treated with strictest confidentiality.ŌĆØ Said Sekgotodi. Nkosi is expected to appear in the Bethal magistrateŌĆÖs court on December 10 to allow further police investigations 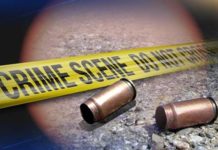 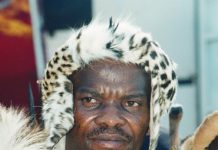 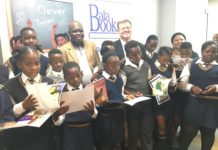 What is a better way to speak to a captive market (audience) than through the Mpumalanga Commuter? You donŌĆÖt have to find them; they will find you. We are a new commuter newspaper and we would like you to take advantage of our launch advertising rates.

0
The Standing Committee on Public Accounts (Scopa) will be conducting oversight visits to the Kusile and Medupi power stations this week.Eskom's performance in...
Read more
Community

0
MEC for Co-operative Governance and Traditional Affairs (COGTA) in Mpumalanga, Mr Mandla Msibi has issued a warning about an increase of the number of...
Read more