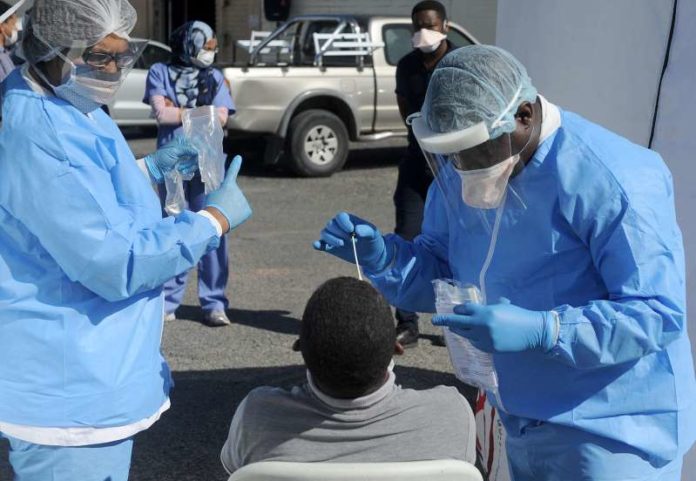 The number of confirmed Covid-19 cases in South Africa is increasing exponentially. The tally rose by 3 267 to 40 792, compared to yesterday’s increase by 1 713, Health Minister Zweli Mkhize said on Thursday.

“Regrettably, we report 56 more Covid-19 related deaths: 1 in KwaZulu Natal, 1 in the Free State and 54 in Western Cape. This brings the total national deaths to 848,” Mkhize said in a statement.” We extend our condolences to the loved ones of the departed and thank the healthcare  workers who treated the deceased.

More than 3 million people have been screened for Covid-19, the Department of Health said earlier.

“We have now screened just over 3 million people (3 025 199). This is good progress considering the total population of North West now stands at just below 4 million (3 961 698) people,” said spokesperson Thapelo Lekgwethwane.

“Mass screening and contact tracing remains key to prevention of rapids infections and all districts (in North West) are above 90 percent contact tracing and all suspected cases are referred for testing.”

Meanwhile, exacerbating the challenges facing health workers in the Western Cape is that at least two hospitals have already witnessed significant increases in admissions this week due to alcohol-related trauma.

At Groote Schuur hospital, where they saw, on average, eight patients per day at trauma units last week, it increased to 20.

Helderberg Hospital reported a 100% increase. On Monday, in a 12-hour period, it saw 50 patients, of which the majority were for alcohol-related trauma.

0
By Sipho Maseko Mpumalanga municipalities are losing the grip in servicing their Eskom debt which is now over R8 billion from R990 million in 2016. Though...
Read more
News