The suspects, SifisoAndileKhoza(38) from Pienaar and Bongani Nkosinathi Luphoko(33) from Nkomazi municipality were arrested by the police on Tuesday after they were found in possession of dagga worth R30 000 and R100 000 of counterfeit notes.

According to the police spokesperson in Mpumalanga, Brigadier Leonard Hlathi, Luphoko came to deliver the dagga to his friend (Khoza) hence the arrest.

“The two have been remanded in custody, this came after their arrest on Tuesday at Pienaar where they were found in possession of dagga worth R30 000 and counterfeit notes of R100 000

They are expected back at the KaNyamzanemagistrate’s court on Friday for a formal bail application,” said Hlathi.

The accused were not asked to plead on the charges dealing in dagga and possession of counterfeit money.

Hlathi cautioned the public against dealing in dagga.

“It is a crime to deal in dagga and we are warning the public to refrain from such. We also want to thank the officers for their diligent work in arresting the suspects who flood our communities with drugs,” said Hlathi. 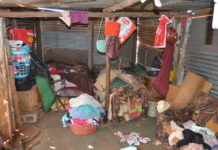 FAMILY OF 10 SHARES ONE ROOM SHACK 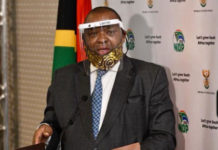 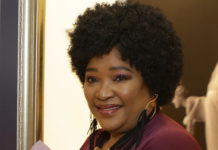 Zindzi Mandela has passed away aged 59

Not so fast: Mantashe disputes immediate reinstatement of VBS accused

0
wo African National Congress (ANC) leaders in Limpopo who are alleged to have benefitted from the wanton corruption at VBS Mutual Bank...
Read more
News

0
MEC for Co-operative Governance and Traditional Affairs (COGTA) in Mpumalanga, Mr Mandla Msibi has issued a warning about an increase of the number of...
Read more