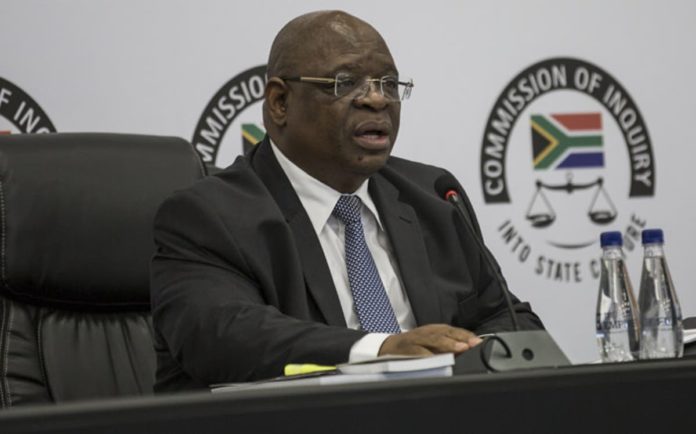 Singh was set to spend Wednesday on the witness stand, but his legal team said he wasn’t in a position yet to give evidence.

He will now testify on a date to be decided, but must submit a comprehensive affidavit on the evidence he will give by close of business on Monday.

Deputy Chief Justice Raymond Zondo granted the postponement but not because he was fully persuaded by the reasons Singh gave for not being ready to testify yesterday.

“He has known from the inception of this commission – it was established early in 2018 – so he has had three years of knowing that in all probability at some stage or another he would be called and he knew what matters are likely to be raised with him. And he could easily have made sure that if and when he is called, he is ready.”

Instead, Zondo reluctantly postponed because he said the summons calling on Singh to appear was “fatally defective”. It referred to the comprehensive affidavit that Singh was to have submitted in September

last year, and which he must now provide on Monday.

Zondo took aim at evidence leader Pule Seleka, in a tense exchange: “You as the leader should not have authorised your team to give the secretariat a summons to sign, which said Mr Singh was required to appear and give evidence and be questioned on an affidavit that you had not seen.”

Singh’s counsel, Anneline van den Heever, told the inquiry that Singh wanted to “play ball”, but he’d changed legal teams and some documents from the commission had only recently been received.

Singh is expected to testify on, among other things, his secondment from Transnet and a number of transactions between Eskom and the Gupta-owned company Tegeta Exploration and Resources, including a prepayment guarantee of R1.68 billion and a prepayment for coal of R659 million.

South Africa’s government employees are some of the best paid in the world: study

0
New data from the Organisation for Economic Co-operation and Development (OECD) shows that South Africa’s civil servants are some of the best...
Read more
News

0
A man and a nine-year-old boy were killed, and a woman and a three-year-old boy left injured on Monday afternoon when their...
Read more
Property Sales/Cars

0
Absa has published its Q2 Homeowner Sentiment Index, which asked 1,000 consumers questions to gauge their confidence on various aspects within the...
Read more